Thanks to the global recession, caused by the unregulated lending practices of reckless financial institutions around the world, the UK government finds itself spending more money than it collects. But is its policy of austerity a genuine measure for reducing the deficit, or the pursuit of an ideological goal? 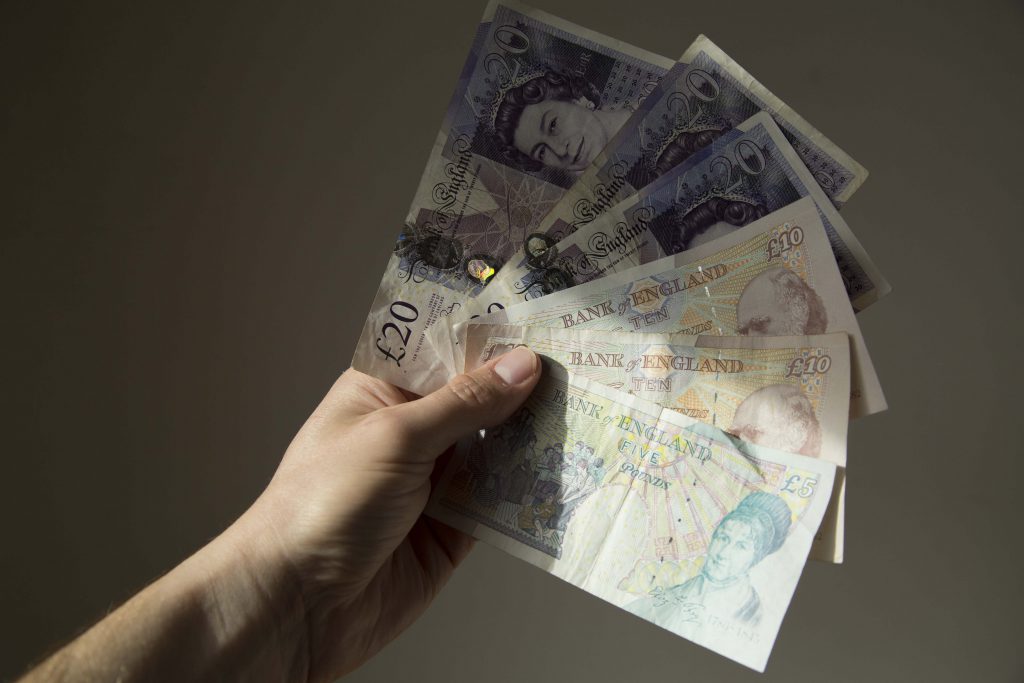 In the UK in recent years, the government has adopted an austerity policy, which involves cutting back on its expenditure in certain areas, supposedly in an effort to reduce the deficit between its income and expenditure.

Unfortunately the cuts are not distributed evenly, and while certain things like benefits to the unemployed and those on low incomes have been targeted, a decrease in the tax rate for high earners has been applied, effectively giving roughly £50,000 back to those earning a million per annum.

The justification for giving a tax rebate (of almost double the national average salary) to high earners is that it encourages those high earners to stay in the country and add to its wealth, the implication being that they would otherwise take their money elsewhere.

At the same time, the recipients of benefits have been made out to be the main cause of the deficit problem. The government frequently talks about ‘honest, hard working families’, implying that those who claim benefits are the opposite. Additionally, it is implied that the claimants are generally workshy and it would aid their health and wellbeing for them to be doing some kind of work, no matter how unsuitable, for whatever benefits they are getting. It comes across as if the government thinks of itself as a parent having to control a wayward child, instead of an elected body serving its public.

The big issue, however, is whether or not the money the government gives out is wasted. Benefits expenditure figures are frequently used to imply that the money is going on a one-way journey into the pockets of the recipients and being joyously lavished on luxuries in some kind of decadent, wasteful way, and that the money is somehow forever lost from the system. The truth is that this is simply not the case.

The majority, if not all, of a housing benefits award, for example, will be paid straight back out to private landlords or into council coffers. Other benefit payments will go to the gas, electricity, water and telecommunications companies, and to councils via council tax. What’s left is likely to be spent on unavoidable expenses such as food, household maintenance, routine travel and the replacement of everyday clothing.
After these expenses have been met by the benefit claimants, there is unlikely to be much left for frivolity or luxury, but whatever the expenditure, it all feeds back into the system via councils and privately-owned businesses, or goes to the government in the form of VAT on purchased goods, particularly if they happen to be luxury items like cigarettes and booze. It certainly isn’t sitting, dormant, in the pockets of the undeserving.

Assuming that the claimants of the benefits are not working, or working very little, then the government is, to a certain extent, losing out on some proportion of direct PAYE tax income, and the country as a whole is not benefitting from the measurable or monitored labour of those people. However, given that many potential workers will be earning very little over the tax threshold, the income from their labour is not likely to be much of a boost to the government’s income.

But what of those receiving the £50,000 tax break? Given that the kind of person who is attracted by a tax break is also the sort of person who invests their money in schemes which allow them to pay the least amount of tax on it, the chances are that they will be paying relatively little in terms of PAYE tax. Perhaps most of that £50,000 will find its way into off-shore accounts where it adds nothing to the economy of the country. And when those individuals spend, it might be in New York, the south of France or other locations outside the UK where many individuals have second homes.
In contrast, it is unlikely that the average benefit claimant will be spending much of their income overseas.

This is not to say that having lots of people on benefits is ideal, however, but the point is that the UK economy does not hinge on benefits. Recognising the political and economic ignorance of the general public, the government has managed to turn those who see themselves as part of ‘hardworking, honest families’ against their supposedly ‘benefit scrounging’ neighbours, knowing that if the general public is embroiled in a civil war it will not notice the tax breaks that are being given to the wealthy, many of whom are involved in moving sums of money that are sizeable enough to significantly ease the deficit problem! It is a smoke and mirrors trick, cynically and expertly applied, and the real reasons for the attack on benefits, which the government wants to hide, are ideological. But what is that ideology? Simply put, it is the idea that there should be less tax.

If central government has to pay out lots to society, be it for roads, public parks, galleries, benefits or whatever, then it has to claim lots of tax from its members to pay for the expenditure. Paying less tax is always popular with people who have money to buy what they want but, at the same time, resent it being shared with to those who do not. The idea also appeals to those in power because removing the average person’s entitlement to services and benefits means that, out of necessity,  they have to work for less-agreeable terms. Consequently companies become less obligated to their workers and are able to redirect the profits generated to their owners and shareholders. In short, the government seeks to tip the balance of power even further into the hands of the wealthy by reducing their obligations and simultaneously imposing extra regulations on the poorest.

But the war on benefits is not on all benefits, just those that give support and options to those at the bottom. There are also, for example, benefits for farmers in terms of subsidies, benefits for energy companies, benefits for old people and the young. And, in terms of public expenditure, it includes projects like the £15 billion, 26 mile, cross-rail London tunnel, which is not going to directly affect the lives of anyone outside of the capital. Only a certain type of benefit is being demonised and targeted.

And those who are at the ‘top’, how would they have turned out without the benefit of an exclusive education, top sporting, leisure and technological facilities, a network of influential and well-connected friends and associates, and the financial backup to go out and grab those unpaid work-experience opportunities? There but for the grace of God go I, is what they should be saying to themselves. PP