A Qualification in Art: What’s it Worth?

Home/Bric-a-brac/A Qualification in Art: What’s it Worth?

A Qualification in Art: What’s it Worth? 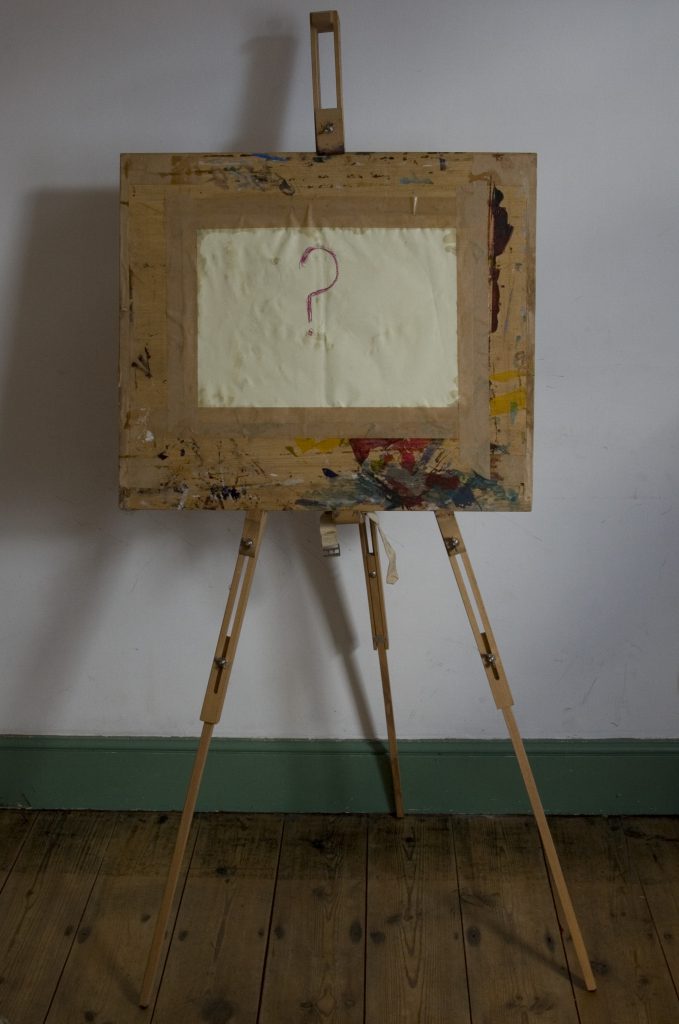 A lot of people probably think that anyone who decides to go to art school has asked for everything bad that befalls them. After all, if you want a job, there are plenty of vocational courses out there which gear you up for gainful employment. Art school, to some, is a frivolous choice because they see the practice of art making as unimportant in comparison to the work of doctors, plumbers, teachers and other professions.

But art school is not all it seems. Many years ago, I produced a research paper which investigated whether an education in art led to a career in art. For this I interviewed 27 artists spread across three cities.What my research revealed, disappointingly, was that barely any of the practicing artists managed to live solely from the income generated by their work. A number were retired, having earned their living doing something other than art. There were also a number of people, all women in my particular sample group, who were married to someone with a full-time job, and therefore could afford to continue their creative vocation.

Most of the remaining interviewees had day-jobs or part-time work. Quite a number worked as teachers, whereas a few simply did whatever they could to support their art.

In short, one conclusion was clear: very few of the interviewees worked as artists, in the purest sense of the word. To put it another way, such a career required financial assistance, either from part-time work or some other source.

The conclusion raised an important question. If artists cannot exist as artists, what has become of all those people who graduated from art schools over the years? Clearly there must be hundreds of thousands of them out there. In truth, most graduates never intended to work as artists in the first place and specialised in a form of art with commercial leanings. Courses such as graphic design, illustration, animation, fashion and 3D design are usually fairly vocationally orientated, for example. They lead on into advertising, print media, web design, and so on.

Those courses that aren’t strictly vocational are known as the ‘fine arts’, namely painting, sculpture and print making, where the practice of art itself is the intended vocation. Such courses shy away from commercial art, preparing their students to be artists who make their living from exhibitions, residencies and public and private commissions. But even of the students who embark on fine art degrees, only a small percentage will actually become artists, attempting to earn their living from their output while supplementing it with part-time work. The majority simply take their skills and apply them to something else.

This being the case, it must be true that the primary purpose of a fine art education is to provide student with creative skills which they can apply to, what a tiresome politician would probably call, ‘real-world situations’. Indeed, there must be an awful lot of people contributing to the economic system who are applying their fine art skills to various industries and businesses in some practical and positive way.

Art school is, therefore, a vital feed into the system, either directly though vocational courses such as graphic design, or in a roundabout way though the fine art disciplines of painting, print making and sculpture; providing industries and companies with employees who can solve creatively challenging problems.

So there we have it: arts schools provide useful contributors to society, even if the titles of some of their courses are not directly aligned with clearly-defined careers on the outside. Unfortunately, though, art schools have long been confused about their roles, operating in a no-man’s land between educational standardisation and wistful ideology.

A great number started life as independent colleges, operating admission schemes and setting qualification criteria which differed from those seen in universities, polytechnics and other technical colleges. This individualism was probably born out of necessity, for it is difficult to apply the principles of an exam to, for example, the process of producing an abstract drawing. Nevertheless, some form of evaluation has to exist. No student wants to spend three or more years in college only to emerge without a qualification.

The problem arises, however, for the student who expects to gain a qualification befitting the work they have put in. Ultimately, after three years, plus one on a foundation course beforehand, the student is given a mark for their work, and like any other degree, they receive a 1st, possibly with distinction, a 2:1, 2:2 or 3rd. However, unlike other degrees, this is often the first time a mark of any kind has been awarded to them since their exams at school! In truth, the mark is a bureaucratic formality, but to the outside world, understandably unaware of the inner workings of art schools, it is a carefully formulated evaluation, positioning the student in a clearly-defined hierarchy of ability and effort, comparable to other degrees.

When I went through college I was naive enough to overlook the apparent corruption inherent in the system, believing that it could not possibly affect something as important as the final mark. In fact, the reason we had never been given any indication as to what mark we would get, or were heading towards, was because there was no system of marking at all. There simply was no formula that the tutors were working to; they were left to act on their own whims and prejudices.

Everything hinged on the judgement of a few key players and the decisions those people made were private and unavailable for questioning. My own tutor, and head of department, admitted to me how the marks were decided, somewhat regretfully on his part. They were, quite literally, bolted on at the end to satisfy the requirements of the system.

I recall one chap, who worked his socks off, ended up with a disappointing 2:2, while others walked away with 2:1 grades having done very little for three years. The man in question was a mature student, confident to the point of arrogance, but full of gritty determination, funding his way through college with unsociable part-time work. He spoke articulately about his work, and whatever the personal tastes of the tutors may have been, I thought it was insulting of them to give him a 2:2, particularly as he’d developed some very specific skills to achieve his result.

Nevertheless, the tutors had a certain allocation of each grade handed to them from whatever governing body there was, and simply sacrificed a few strong candidates who they thought would get on regardless of their grade, in order to make the numbers balance out. There were one or two other students left red-faced and tearful with 3rds, no doubt fobbed off with some unsatisfactory explanation for their apparent failings.

The most important lesson I learnt from it all was that seemingly noble institutions are as deviant and corrupt as the flawed individuals running them. I thank art school for teaching me that lesson, but regret believing that what I was working towards was an honourable goal. There is, in fact, little to be said for doing what it takes to get a mark, if the process of ‘doing’ is without genuine meaning.

In retrospect, I can see that everyone put their trust in the college and the tutors who had selected them for a place on the course, and that was a mistake. There should have been a clearly defined and sophisticated system of marking, written out and given to each student so they could see at which stages they were going to win or lose marks. Those that then wanted to work for the best marks could do so and monitor their own progress. Anyone else, determined to stick to their principles at all costs, could have taken their chances and done things their own way without regret.

This would also have provided the students with a means of challenging inconsistent marks, and at least given the tutors some kind of idea of what attributes they were supposed to be evaluating.

The only other option would be to have a completely bespoke system of evaluation, more in line with the practices of art school. A creative marking system for a creative pursuit, recognised for its own merit by the commercial world beyond, which is ultimately where most art students, fine art or otherwise, are headed. It’s a thought. TF